The JEANRICHARD 1681 Brown PVD and the Aeroscope three hands

JEANRICHARD continues to upgrade its 1681 collection by leaving traditionalism and integrating this line-up with the same innovation about colors and materials it has adopted already on the other collections. Just as it happened last year, the brand has launched a new version of its 1681 , the high-end line-up, by introducing new colors: it is being offered, from now on, with a brown stainless steel case and a black dial. 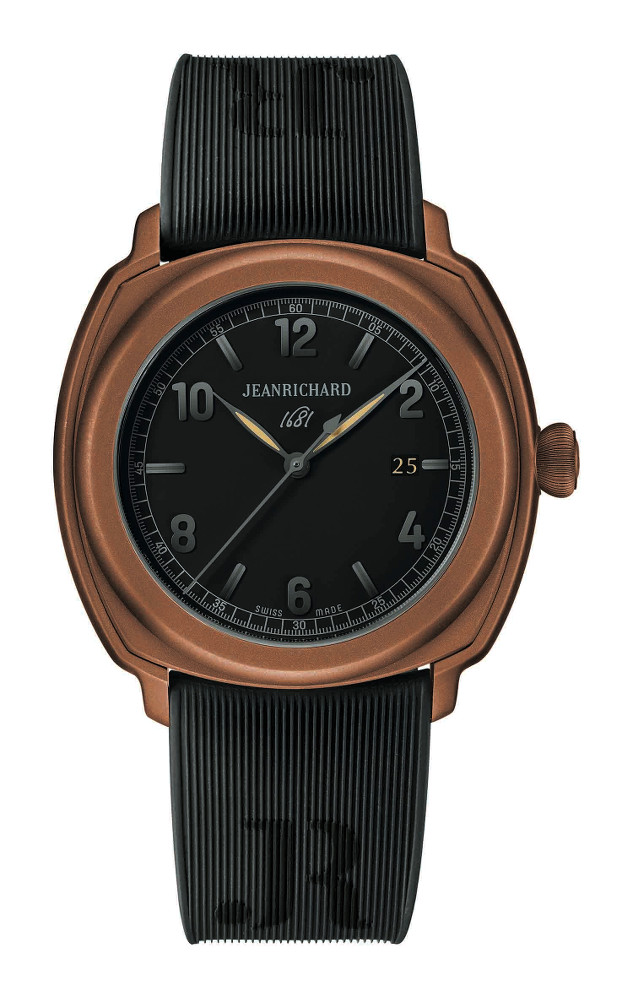 Its black hands covered with beige luminous materials, thinner than on other models from the collection, give the timepiece a somewhat vintage-high tech style. Take a look for example at how it compares with the Blue 1681 : smaller Arabic numerals or the same indexes featured on the Blue Gold Small Second would have preserved that classic touch I’ve always liked when thinking of a 1681 , but it is more than evident the brand was looking for something quite different when reworking this new 1681 .

Made in house caliber JR1000 is automatic with a 48hrs Power Reserve and features date, hour, minutes and central seconds, with the balance wheel vibrating at 4Hz . The greatest novelty with this 1681 is mainly the use of a PVD coating, acronym for Physical Vapor Deposition for its case (they have used already the DLC – see below): 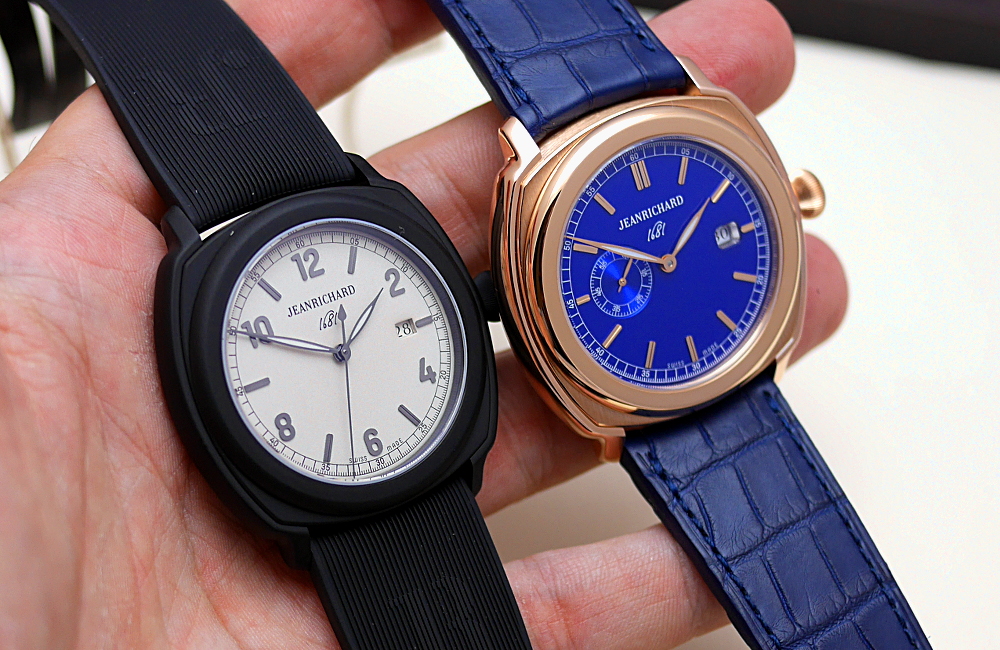 a technique widely used in industries such as the Automotive (especially the Formula 1 ) or the Military. It is a process that is about adding thin layers made of a titanium or graphite carbide or nitride compound, just to mention two examples. Even if we are not aware how exactly the type of process that is being used, the outcome is anyway a case with a sophisticated high-tech touch in the shape of a matte brown coating and a superior scratch and chemical corrosion resistance. 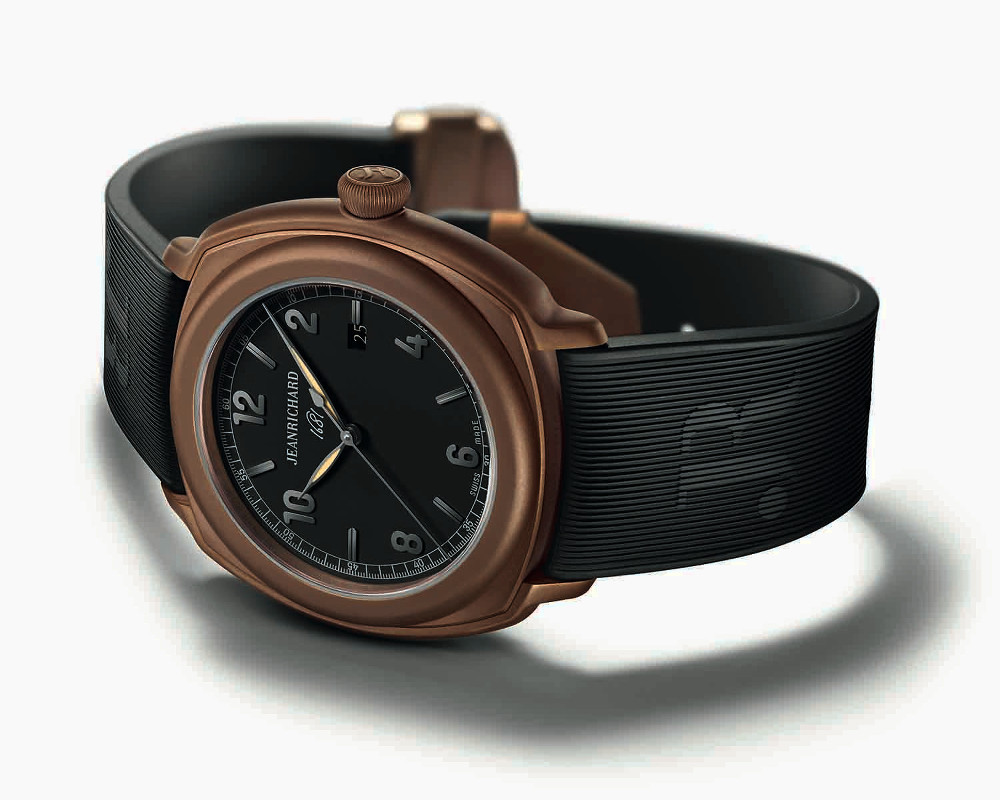 JEANRICHARD has applied a thin brown film, a rather uncommon choice in terms of color, that is likely to be among the first to launch a trend that is about to widen soon and that other brands, such as IWC with its Pilot “ The last Flight ”, has done already (even if, there’s a difference in the case making, which is made of ceramics in the IWC ).

Other novelties are that this 1681 adopts, for the first time ever, a rubber strap that once more states this is a new take on the 1681 , available in brown matching the beige dial or black and paired to the black dial version. You can still opt, anyway, for a a black Barenia leather strap. The J EANRICHARD 1681 Brown PVD attracts those who are looking for a less formal and more casual 1681 . It retails for 6200€ (not very popular), but fits anyway the history of the brand, the adoption of a manufactured movement, a PVD coating or, what is most important to me, its exclusive production. 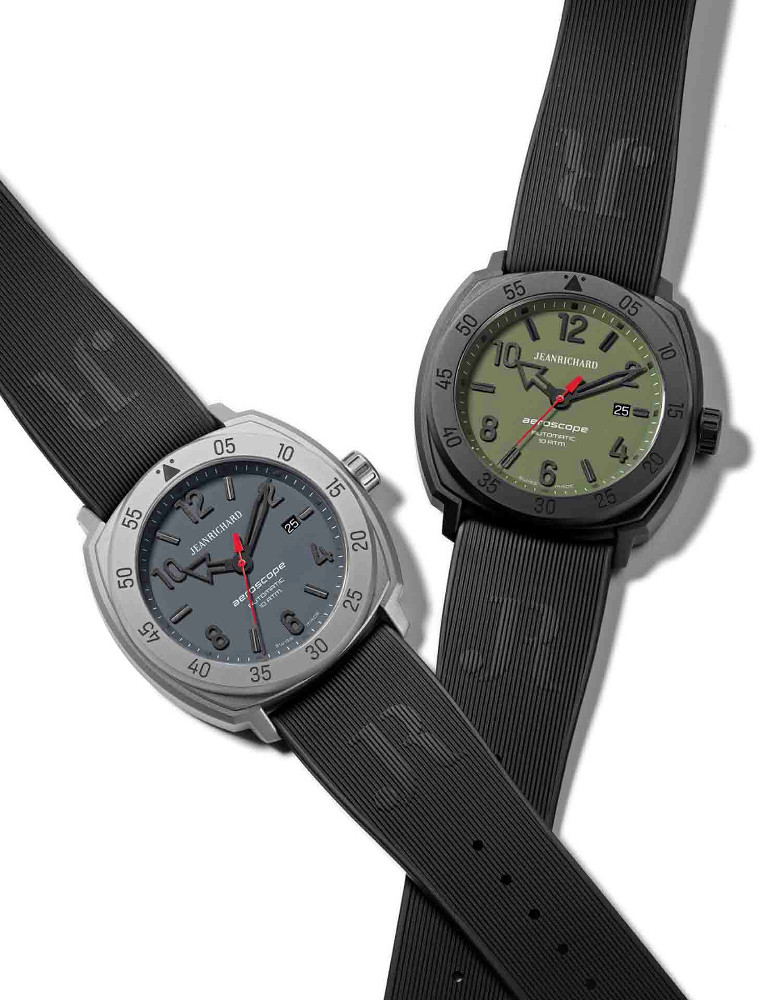 JEANRICHARD has decided to enlarge its Aeroscope collection, its high-tech one, by launching a three hand watch replica boasting, as usual, a titanium case available as the chrono version with a sandblasted or a DLC black coating. Its baton indexes and Arabic numerals are made from a mix of resin and Superluminova, a patent from the Geneva based Billight , that gives them a shine to the index as a whole and not just to its upper part enhancing, according to what JEANRICHARD claims, the reading of time in semi-darkness. The dial comes in black, white, grey, green and dark blue with a grained finish.

Equipped with a black rubber strap with a titanium folding buckle, the Aeroscope three hands completes the 2014 offering with two simple entry level watch replica es replica, the first being proposed at 2950€ , the second one with a DLC treatment at 3750€ . I might think, I’m wrong maybe, next time I will write about a JEANRICHARD is going to be about a Chrono Terrascope . 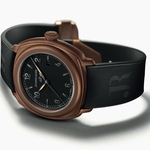 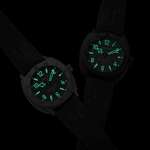 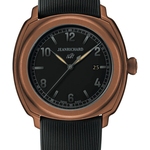