Steel, Titanium, ceramics and above all the lightness of Aluminum. That bezel with the unmistakable double Bulgari engraving. This is the Diagono ‘s collection design language, the most technological and sporty among Bulgari ‘s line up. 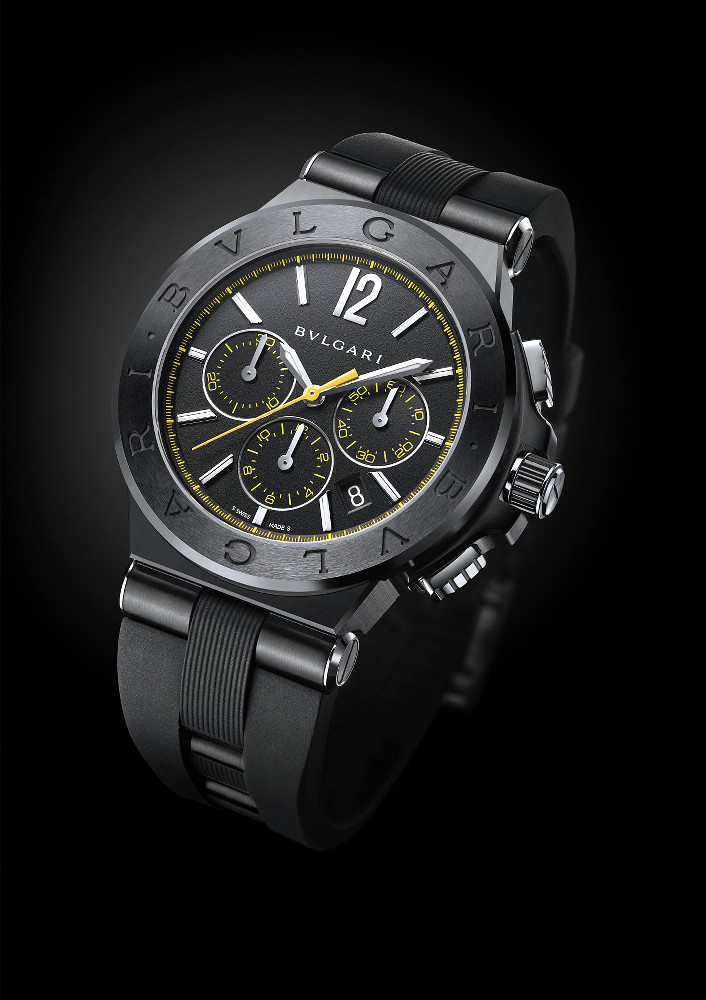 Its 42mm wide case is the same as stock Diagono Chrono ‘s but adopts, for the first time ever, a DLC (Diamond Like Carbon) treatment, a kind of amorphous carbon that features the same characteristics of diamonds such as scratch and wear resistance plus an uncommon slick surface, far greater than any steel case’s one. 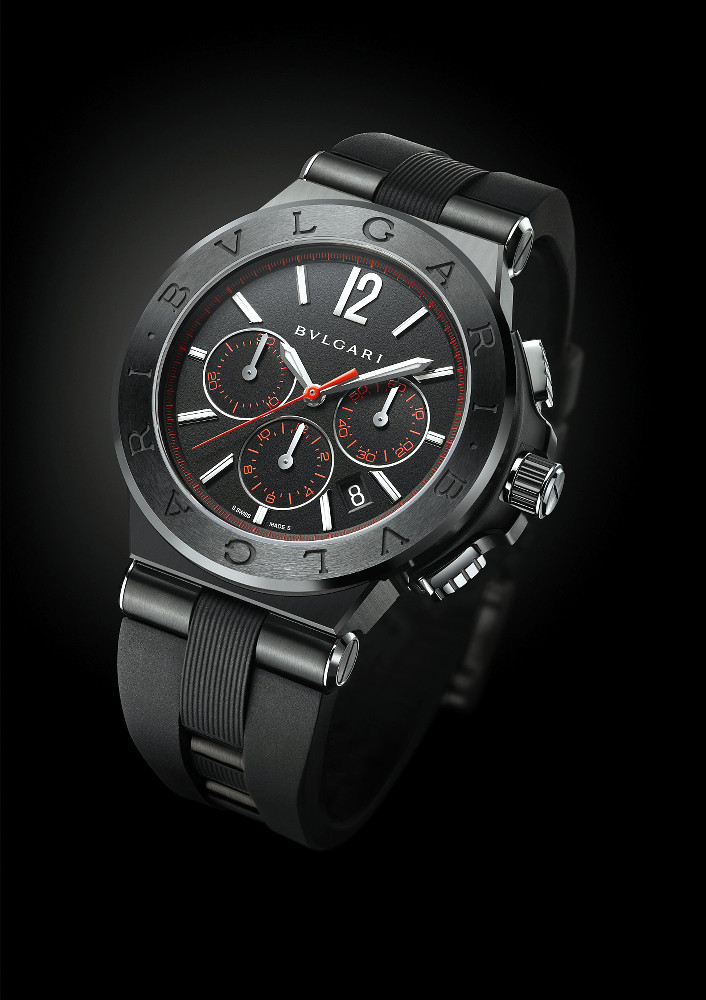 The new Bulgari Diagono Ultranero will be retailed in four versions, that alters, somewhat, its early personality and makes it even sportier, with red (my favorite), yellow , white accents on the dial and last but not least a fourth version with rose gold bezel and gold accents. 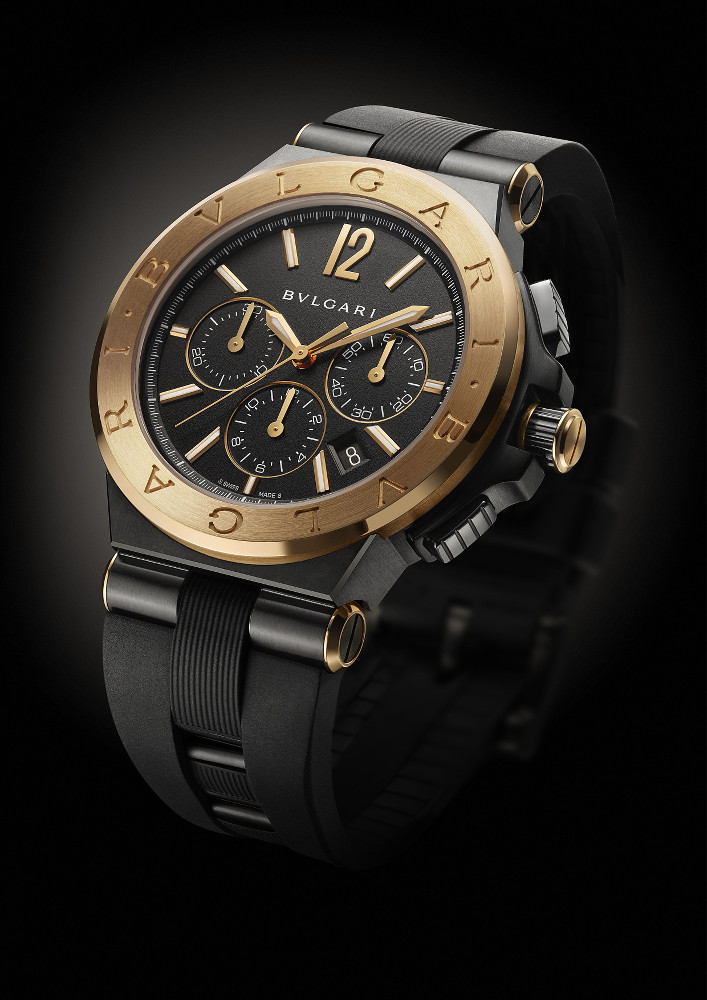 The bracelet is a sort of hybridization, as it has always been a mixture between a rubber strap and rigid metal inserts with a tang buckle. Sporty. Easy to recognize thanks to an original timeless design, the Bulgari Diagono Ultranero adopts caliber 130 , with balance wheel vibrating at 4Hz and 42 hours of power reserve. No information yet about retail price but, as soon we know it, so will you. 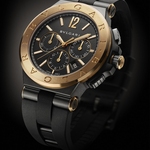 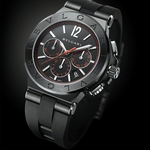 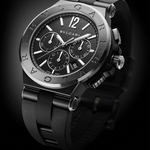 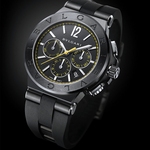