Take a 20th century coach-built Rolls-Royce, jump in and look out the car interior lights; add a facet sapphire glass then: you are in 1936 and have just created the Dunhill City-Fighter ‘s forerunner: 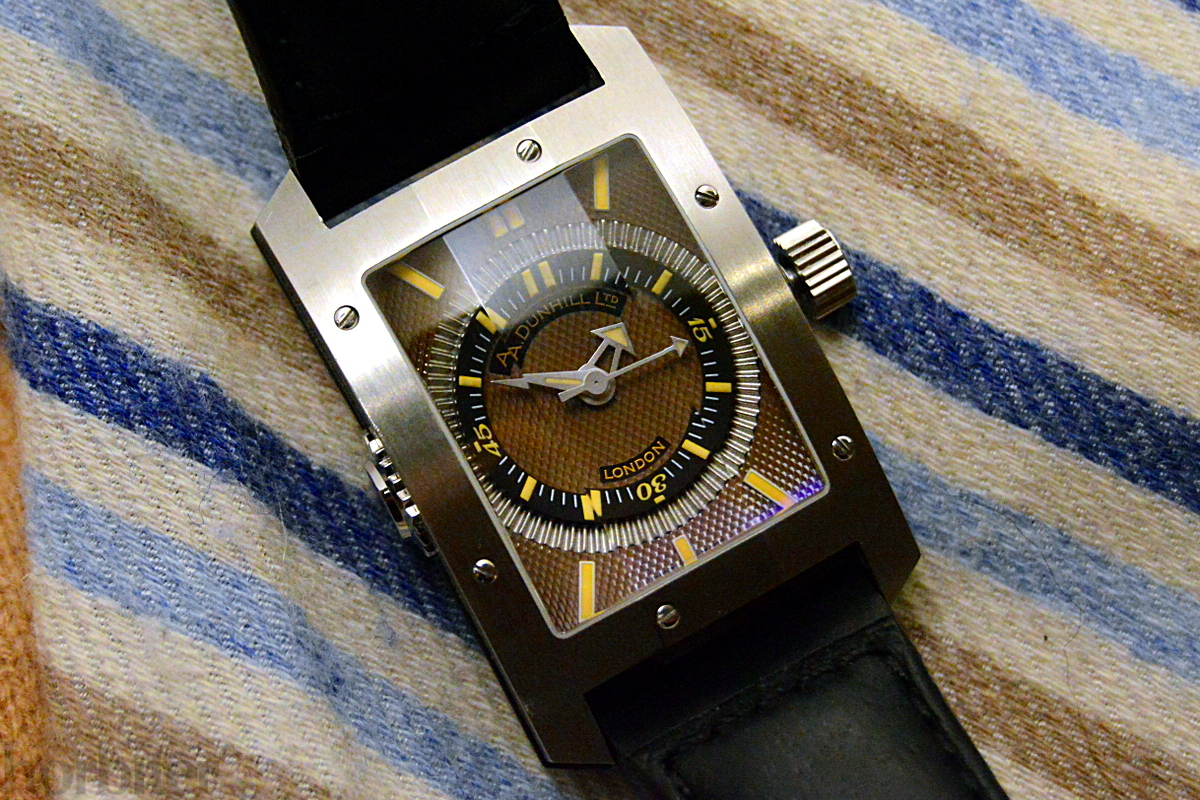 If you’re asking yourself who Alfred Dunhill is or, since you are from Italy are used to link his name exclusively with high quality tobacco products, you might make a big mistake. This english man from Hornsey, Middlesex, is regarded to as the forefather of modern luxury accessories for men. Not only has he been the man behind the “ Windshield Pipe ”, to allow motorists to smoke while driving but, 1890 on wards, a business man who created some of the coolest car luxury accessories under the Dunhill’s Motorities badge, just to cite a few. The same badge used by the brand to launch, some years ago, the Dunhill City-Fighter , a renewed version of the facet watch replica unveiled in 1936. 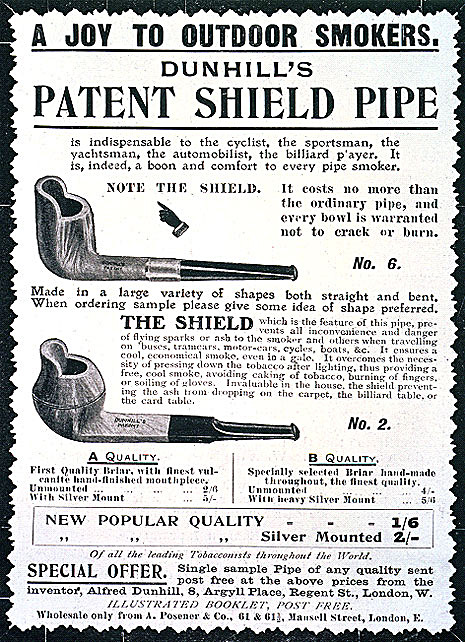 The Dunhill City-Fighter was produced in just 2000 pieces, but deserves all your attention and i explain you why. It’s all about fine details: 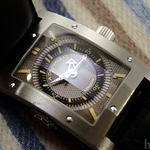 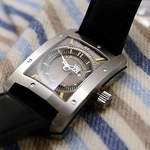 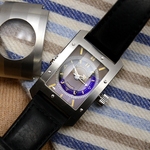 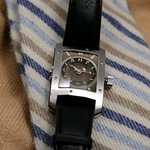 The rectangular stainless steel case measures 48mm x 24mm, has a brushed finish on the bezel while the side and back of the case are highly polished. It comes with a removable protective steel brushed cover fitted with a curved magnifying glass: cool! This timepiece, has a guillochè like dial, with the seconds hand sweep that appears continuous and the winding rotor of the automatic movement, which is almost silent: 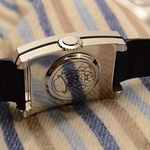 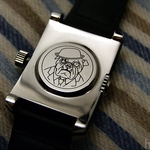 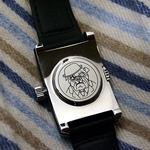 The best way to enjoy this beauty?Off your wrist!For, on the caseback side, there’s a bulldog with bowler hat engraved on a…”mirror”: the highly polished finish is simply extraordinary. And, just to complete the list of merits, admire the folding buckle with the Dunhill logo engraved on it. Once on your wrist, the small buckle is shaped like the letter D for Dunhill : 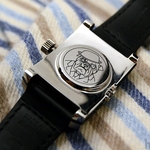 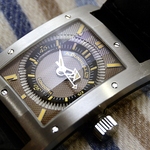 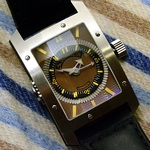 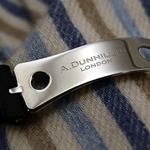 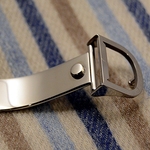