Beginning in September, a Montblanc for BMW Centennial Fountain Pen will accompany each of the 100 new BMW 7 Series Jubilee Edition The Next 100 Years autos purchased at BMW dealerships.

Here is something to look forward to in the fall of 2016 as the seasons begin to change and a cool crispness makes its way into our collective consciousness.

This year marks the 100th anniversary of BMW, while it also marks 110 years of fine pen making for Montblanc. And this is not the only celebratory collaboration BMW has initiated in honor of its centennial: a limited edition timepiece created with watch replica partner Ball Watch has also been called to life (see Ball For BMW TMT Chronometer: Attractive, Customizable, Well-Priced Collab For BMW’s Centennial). Ball Watch likewise celebrates a round anniversary, turning 125 this year. 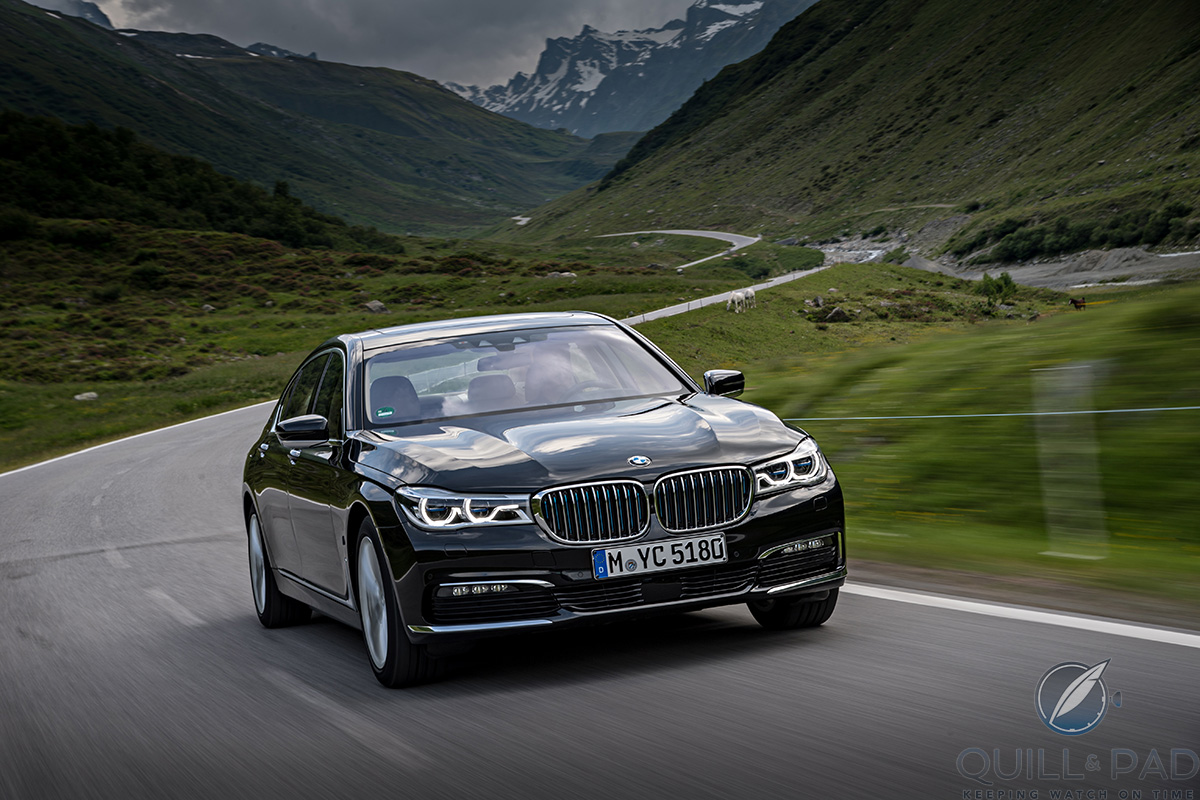 This limited edition writing instrument is not the first collaboration between BMW and Montblanc. In 2015, a collection of customized leather goods and writing instruments coincided with the launch of the BMW 7 Series, making its official debut at the 2015 Frankfurt International Motor Show and available for purchase at BMW dealerships and Montblanc boutiques earlier this year. 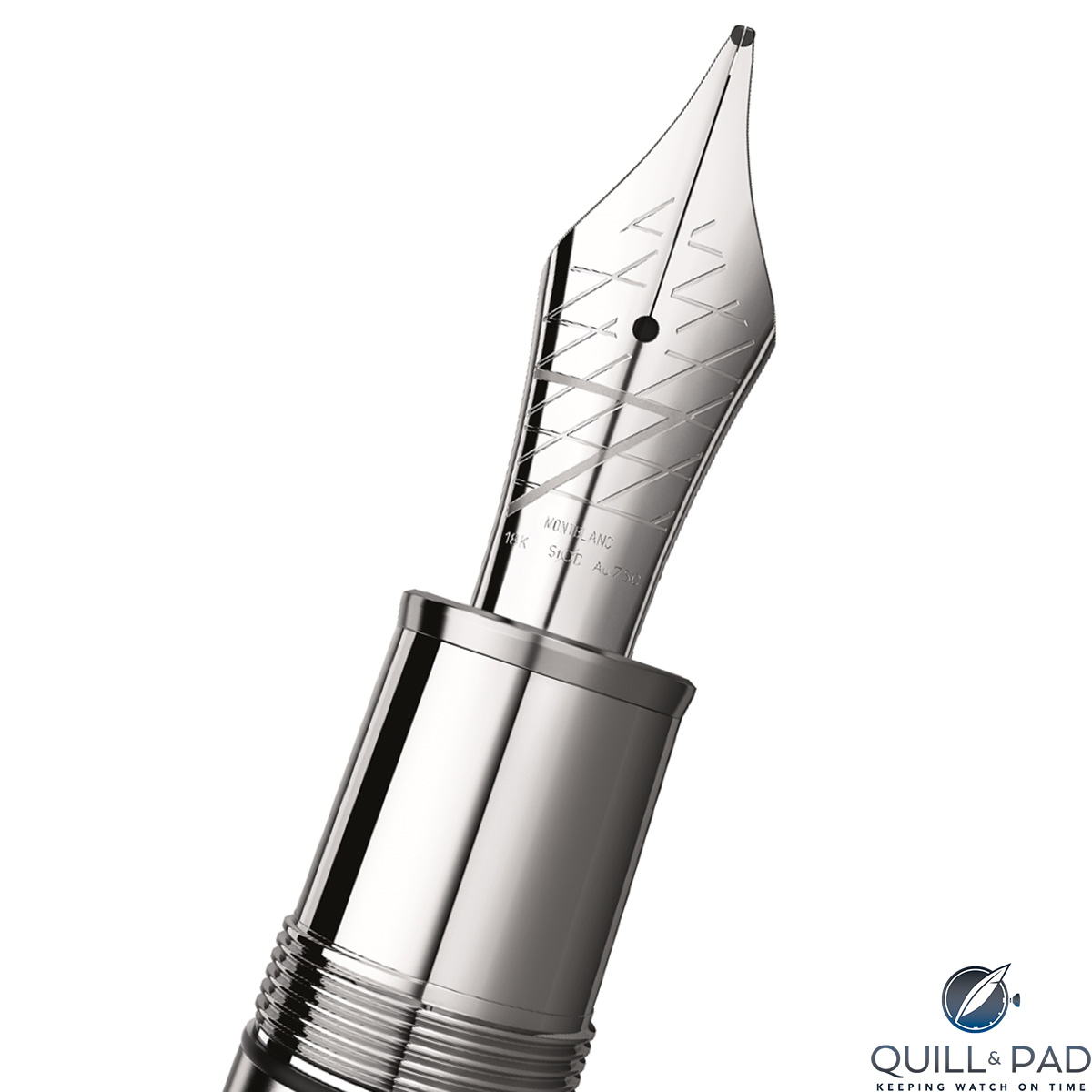 Leather Meisterstück business card holders, key cases, and passport cases as well as pen cases to hold each of the Montblanc for BMW writing instruments were introduced. The pens included a Platinum Line Le Grand fountain pen and rollerball.

For this new Montblanc for BMW Centennial Fountain Pen, collaborators Zaim Kamal, creative director at Montblanc International, and Karim Habib, head of BMW Design, reprised the recognizable pattern of the BMW’s Merino leather interior on the intricate grid design of the pen’s cap and barrel.

And the vibrant blue of the resin visible beneath the rhodium-plated skeletonized metal mirrors the shade of the car.

The piston-filled fountain pen’s 18-karat rhodium-plated gold nib repeats the BMW “7” pattern in its engraving, while the famous Montblanc snowcap emblem – this time in quartz set in black onyx – crowns the pen. Each of the 100 writing instruments comes in a blue calfskin pouch. 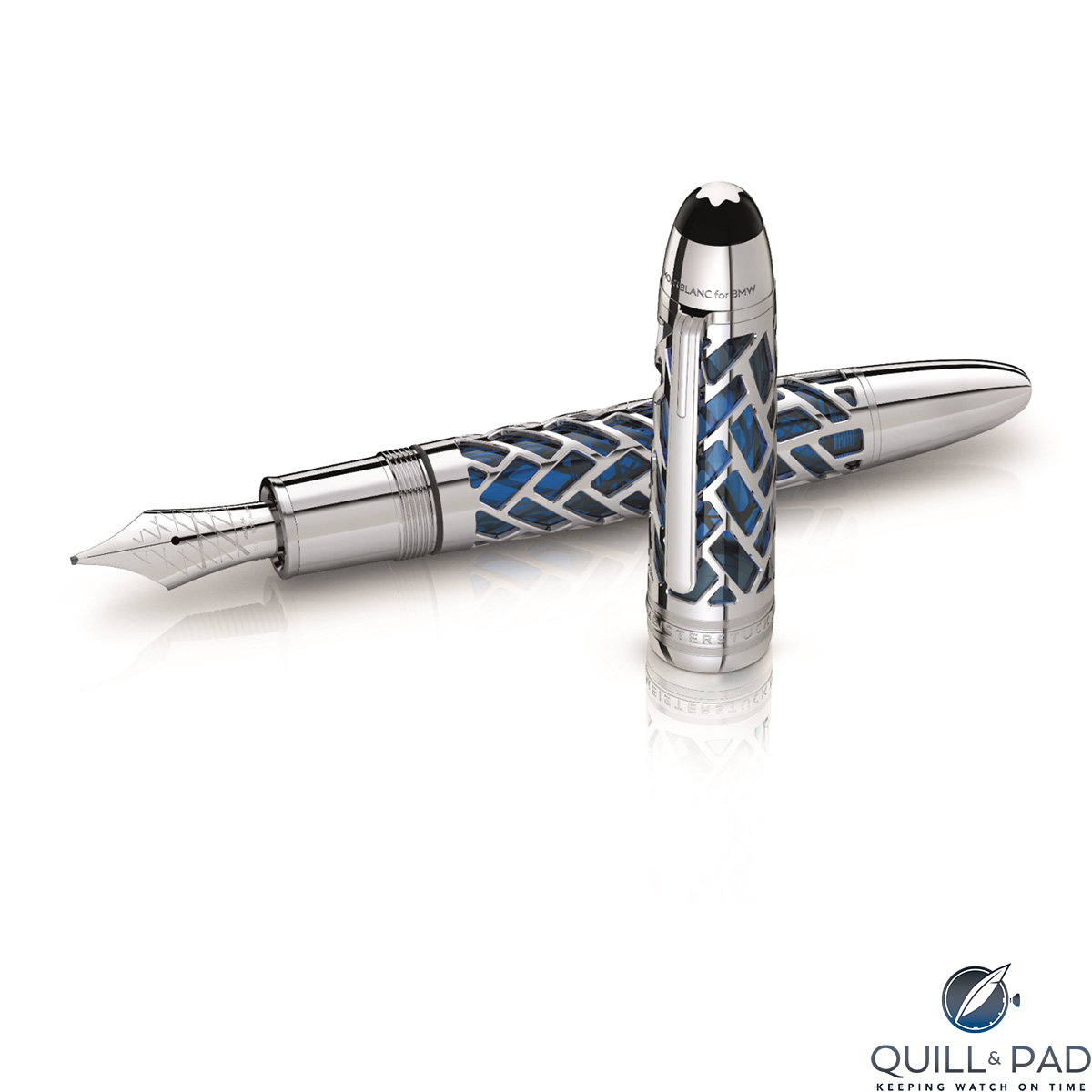 BMW, like Montblanc, is celebrating this milestone year with all kinds of exhibits and events. Montblanc has already introduced a few commemorative pens, like the Rouge et Noir and Meisterstück Ultra Black Special Edition.