Hamilton widens its offering of the Pan Europ collection, made by a successful chronograph launched by the American born brand and now Swiss adopted in 2011. The Hamilton Pan Europ Chronograph will be soon joined by a new model with no chronograph function that, like the chronograph version, draws inspiration from the original model launched in 1971. 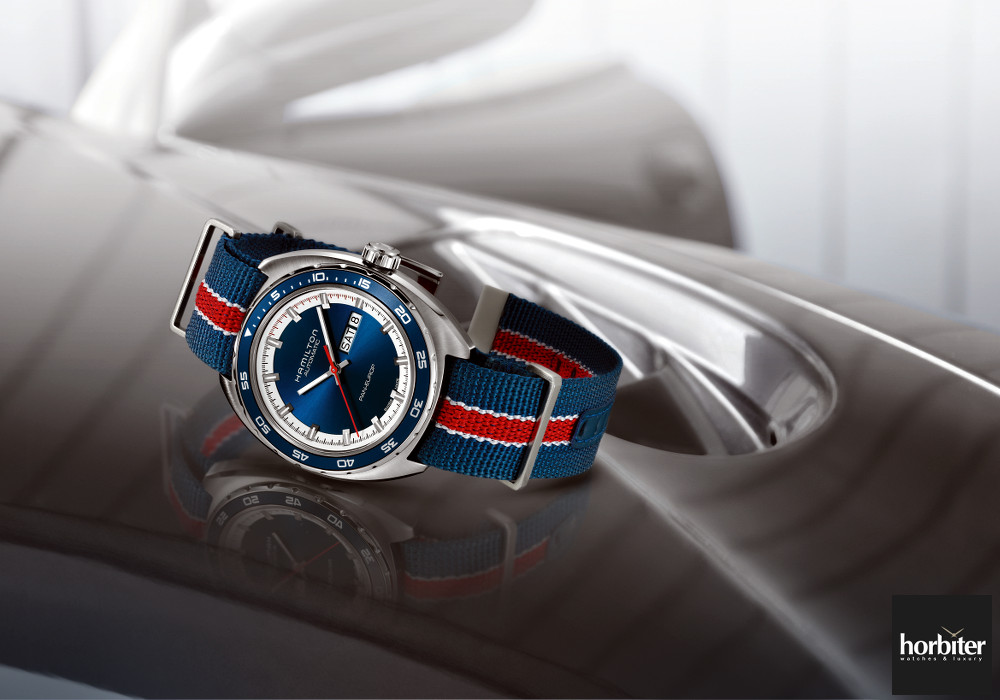 When compared to the chronograph version, which boasts a 45mm wide case, the Pan Europ ‘s case is 42mm wide. The H-31 chrono caliber has been replaced by caliber H-30, a movement that, alongside the H-10 and H-40 calibers, represents a new generation of mechanical movements developed by ETA expressly for Hamilton, all of them ensuring a power reserve of 80 hours. 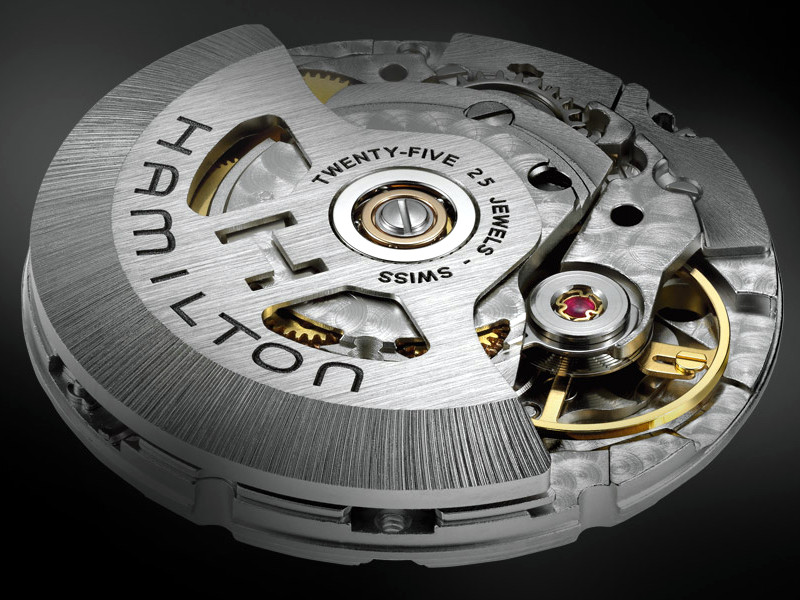 The Hamilton Pan Europ is being offered in two dial designs: blue and grey, both sporting a white rehaut and a unidirectional blue or black rotating bezel, including a perforated leather strap with a folding buckle. Hamilton provides a replacement canvas strap with a tang buckle and a tool for changing them. The Hamilton Pan Europ will hit the shops in July and will retail for 895€. 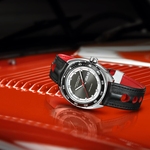 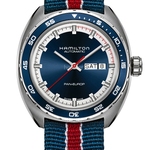 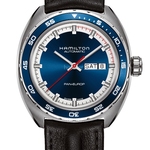 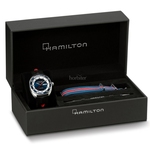 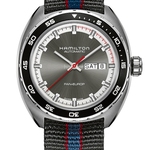 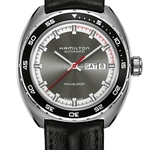 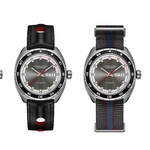 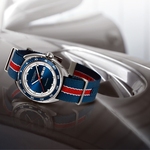