There is no other brand that is more into races and Italian historic drivers than Eberhard & Co . Whether it is the Vanderbilt Cup Tazio Nuvolari – yesterday, I posted a picture related to this on my Instagram account and you can find Horbiter ’s feature article on here -or the Targa Florio competition, this Italy -owned brand that recently chose the rallying multi-champion Miki Biason as its testimonial, hasn’t made it to the Mille Miglia race just yet and that’s simply because this competition is the domain of another brand. From a historical point of view, the Targa Florio competition was a race organized by the Sicilian bourgeoisie to counterbalance the success of the Brescia competition. Truth is that they are two completely different competitions with two different stories and whose common aim was to join together the passion and love for engines of the Italian population, from the north of the country to the very south. 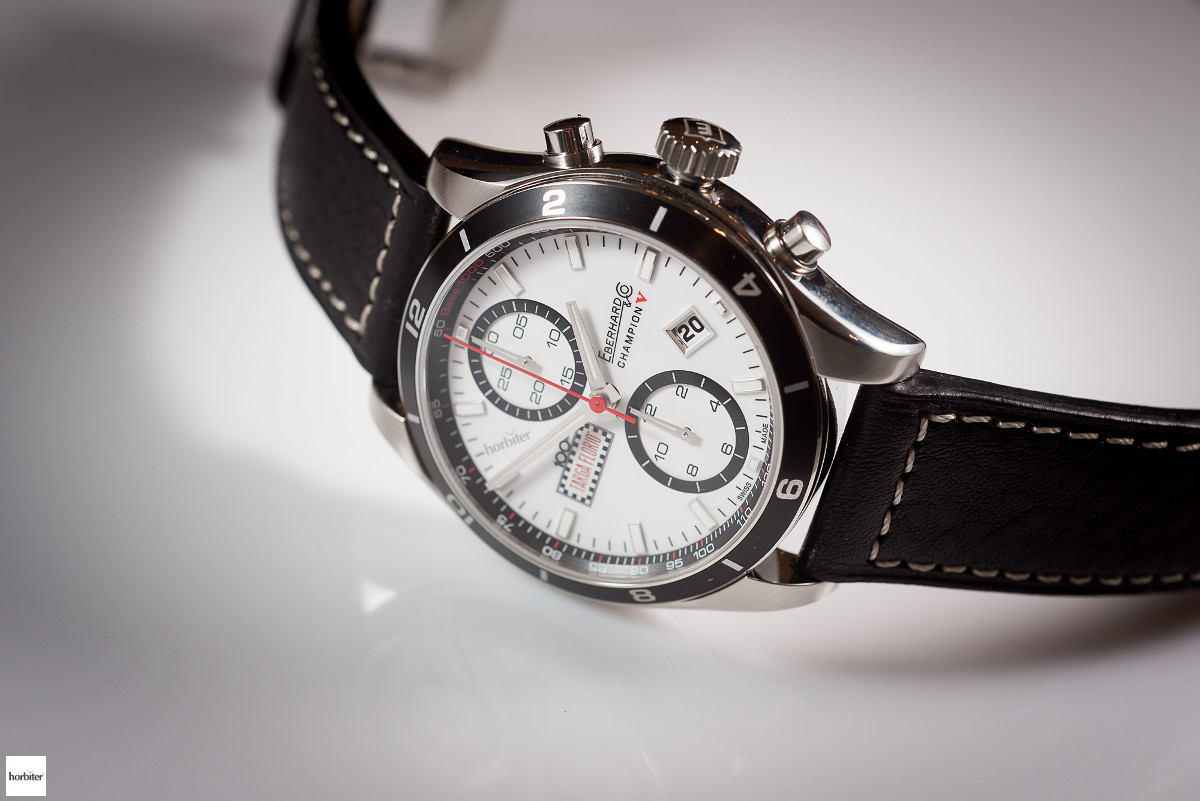 To be more precise, when it comes to the Targa Florio competition, we shouldn’t really talk about the passion of the bourgeoisie but rather about the sprit of an extremely rich family from Palermo and Vincenzio Florio . He was a big lover of races and engines and he also holds the record for the creation of the oldest race in Italy – and in the world – in 1906 ; an extremely perilous race both for the men and the mechanics, a tortuous and difficult route that winds across the Madonie mountain ranges and that was attended by some of the best drivers from last century ( Sivocci , Varzi , Nuvolari ). 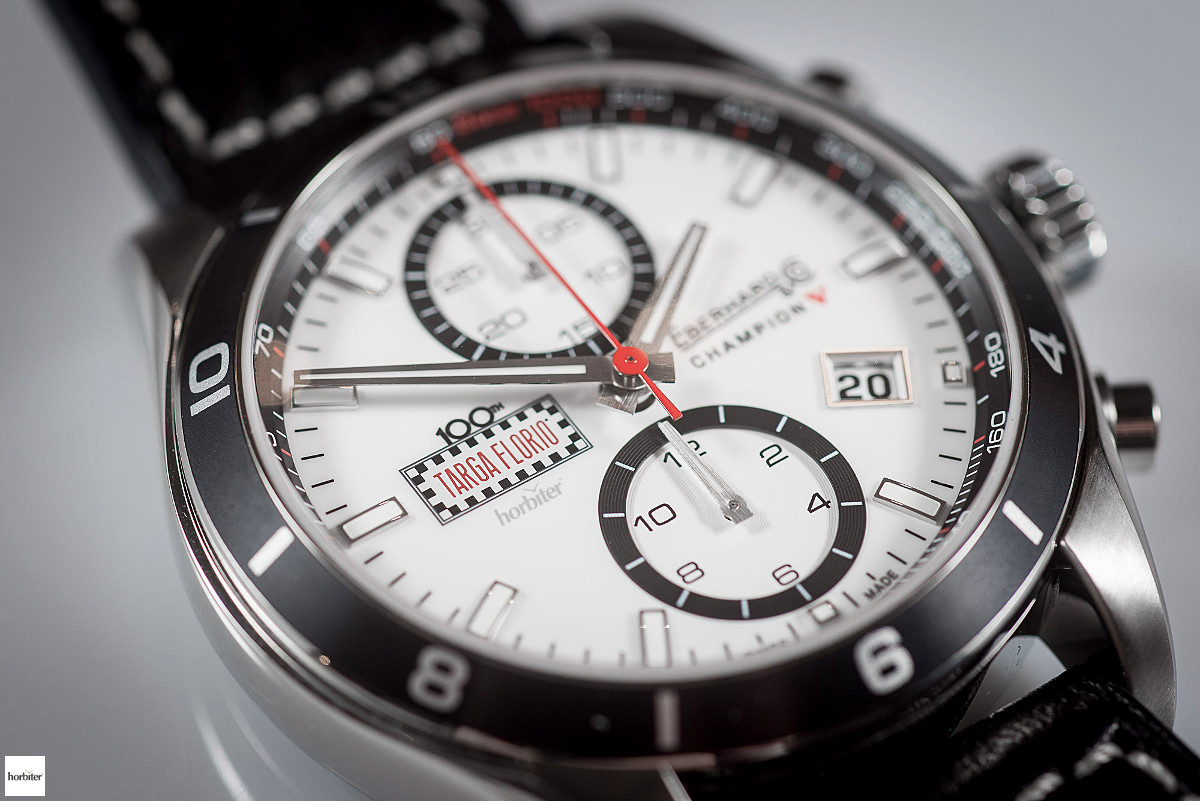 The Eberhard & Co. Champion V Targa Florio features a white dial , two counters located at 12 o’clock and 6 o’clock used to measure the 30 – chrono – minute and the 12 hours respectively, applied indices and a central chrono hand that is red in colour. This chronograph celebrates the first hundred years of this historic competition, a race that started off as a challenge and slowly became a modern competition for gentleman drivers. 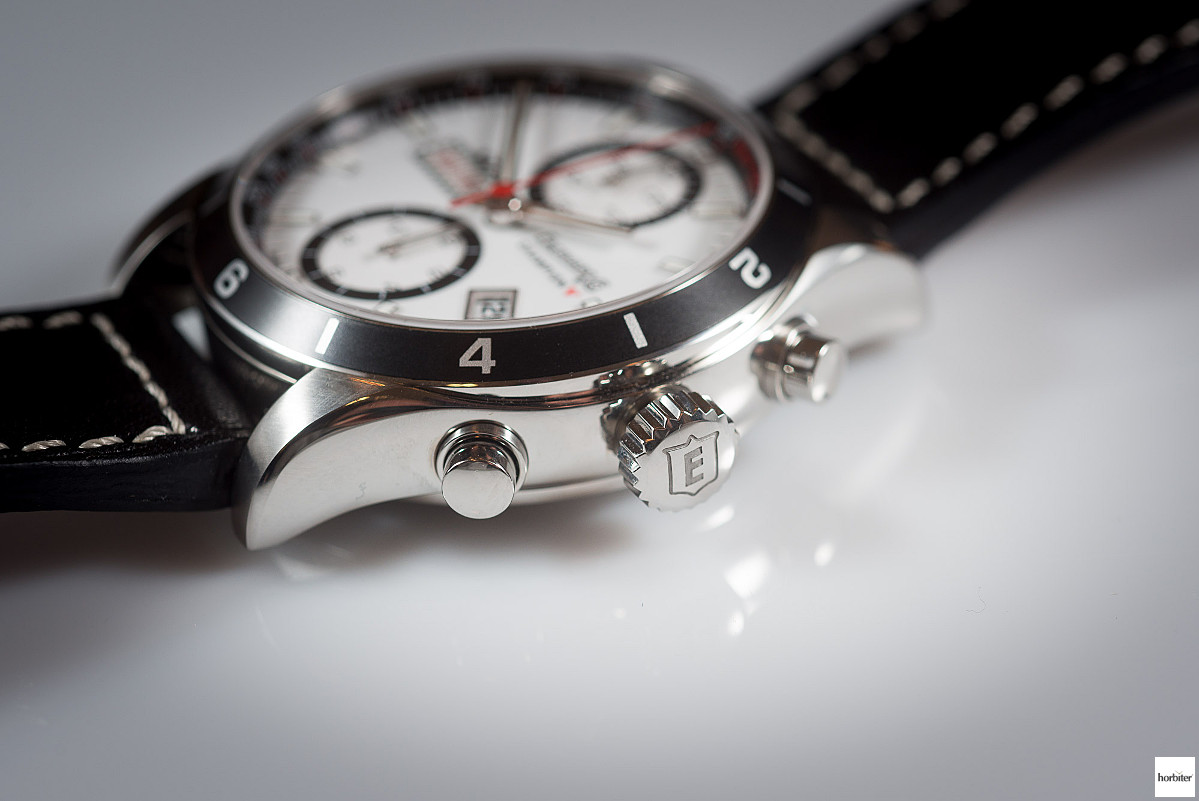 The stainless steel case measures 42.8mm , it is 14.45mm thick and the case-back is sealed togeher by six small screws ; a characteristic that is common to all the Swiss brand’s classic chronographs. The Eberhard & Co. Champion V Targa Florio ’s sapphire glass sports a slight “glass box” bend, the bezel is made of standard aluminum that has undergone a so-called “ eloxage ” surface treatment; an oxidation process of the aluminum that creates a slightly crispy and matted surface that is black in colour. 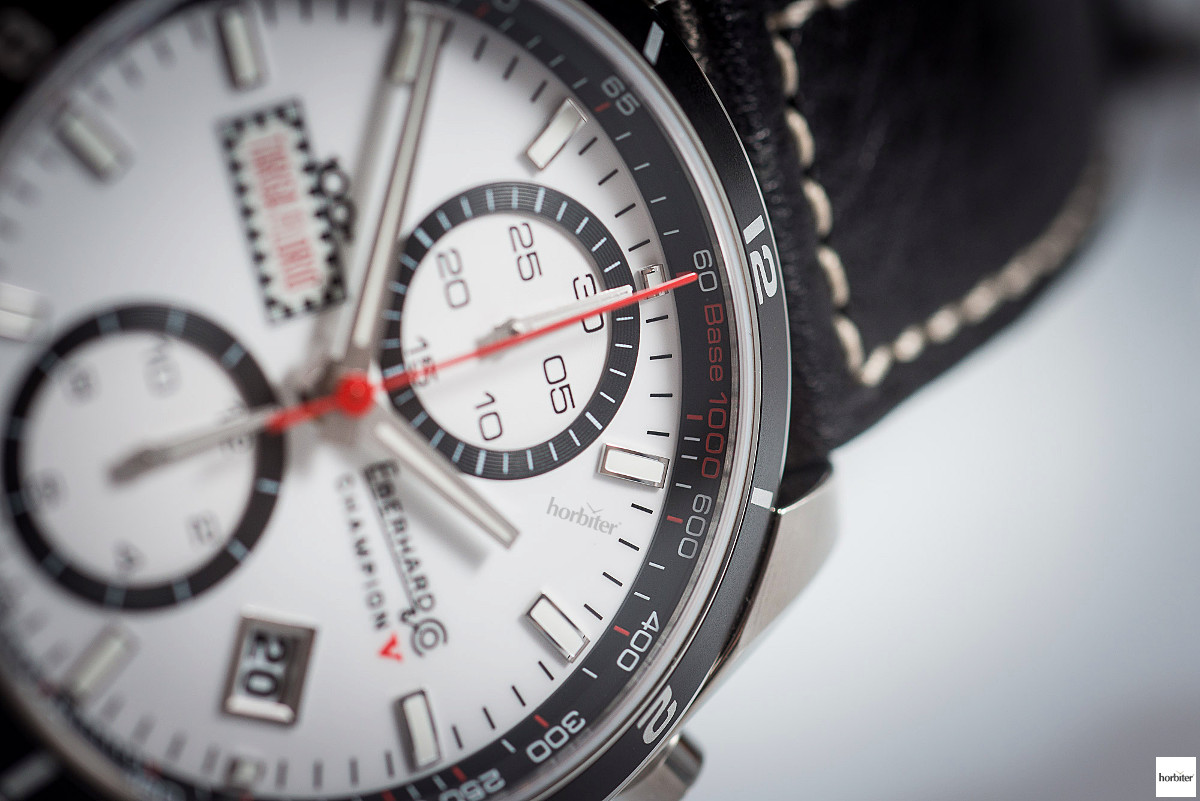 The Eberhard & Co. Champion V Targa Florio was given as a present to every participant to the race, everybody was also given the opportunity to purchase a second timepiece at a special price. This is a manner to indicate that this is a commemorative watch replica and a special edition alike – you could order it until last 30 th April through the brand’s resellers – that retails at 2,700 euro. This timepiece can’t be found anywhere, not even on the second hand market or behind shop windows, and of all the Eberhard & Co. timepieces that have gone through the lens of Horbiter , this is the first collectible.