The presentation of the new TAG Heuer Autavia Heuer 02 is the proof that the new strategy of this historic brand, which started two years ago with the arrival of Jean-Claude Biver and a growing interest in the young audience, did not disappoint the large group of fans of the brand, which considers names like Monaco , Monza and Autavia as fundamental pieces of their collection. When the races, especially those of Formula 1, were living their most romantic era and their most glamorous peak, Heuer chronographs were being worn on the wrist of pilots and experts and the Heuer logo used to appear on the Ferrari chassis of Lauda and Regazzoni .

The new TAG Heuer Autavia Heuer 02 is the result of a complex re-launch project that has seen the Swiss brand busy to organize and roll out a survey among its fans and collectors alike, who were asked to review some of the brand’s proposals of the modern version of this historic chronograph. It was the audience itself, who chose the final version of this timepiece. 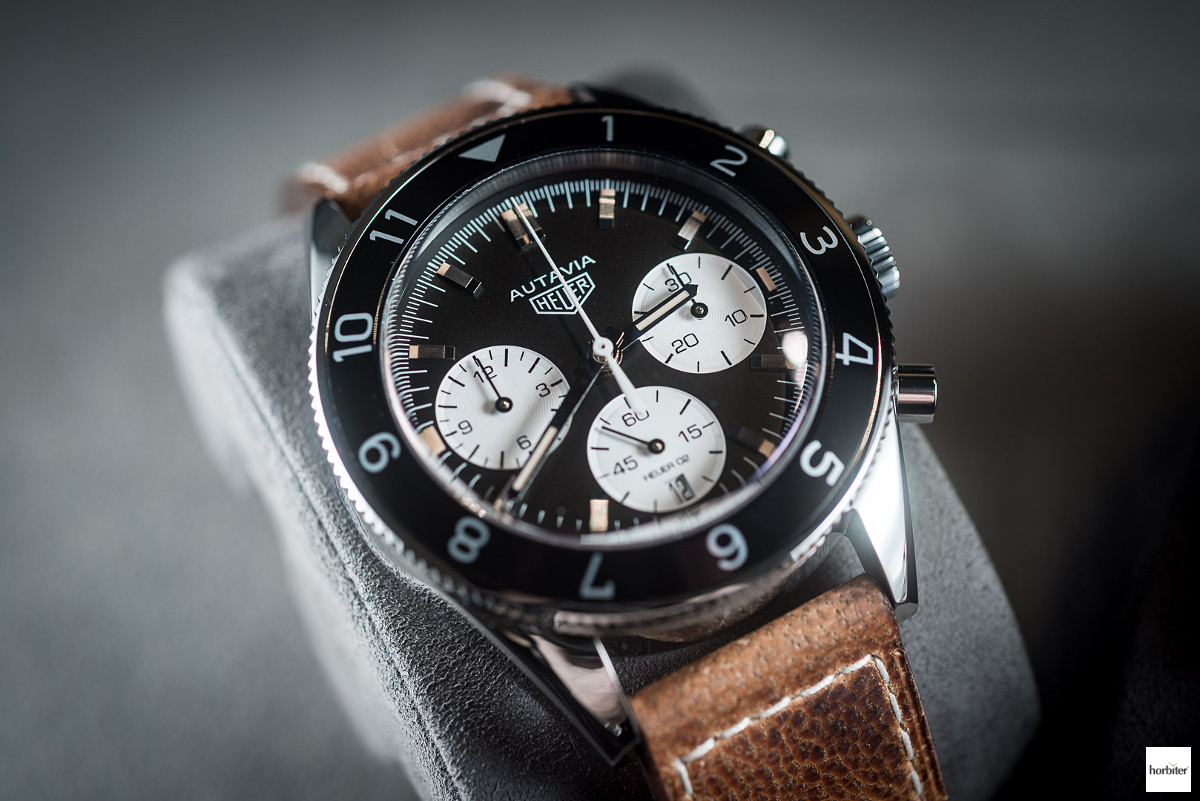 An entirely innovative form of a new product development, a unique collaboration experience in the world of watch replica -making, a way to ensure the proper attention to the brand and a reduced risk of making mistakes, at the same time. After the presentation of the first prototype a year ago, Baselworld 2017 witnessed the final version of one of the most beloved chronographs by ” Heuerists ” and also one of those chronographs that, in some of its variations, reaches the highest bidding value during thematic auctions.

TAG Heuer entered the new TAG Heuer Autavia Heuer 02 in its Heritage section, which represents the brand’s history and only displays the Heuer logo on the dial. The dial is extremely faithful to the original model, with its arrangement of the three white counters, and the style of the bi-directional rotating bezel that reminds us of the Autavia in its version worn by Jochen Rindt ; an Austrian Formula 1 driver, a world champion in 1970 and a “spontaneous” brand ambassador of TAG Heuer (Heuer) at that time. 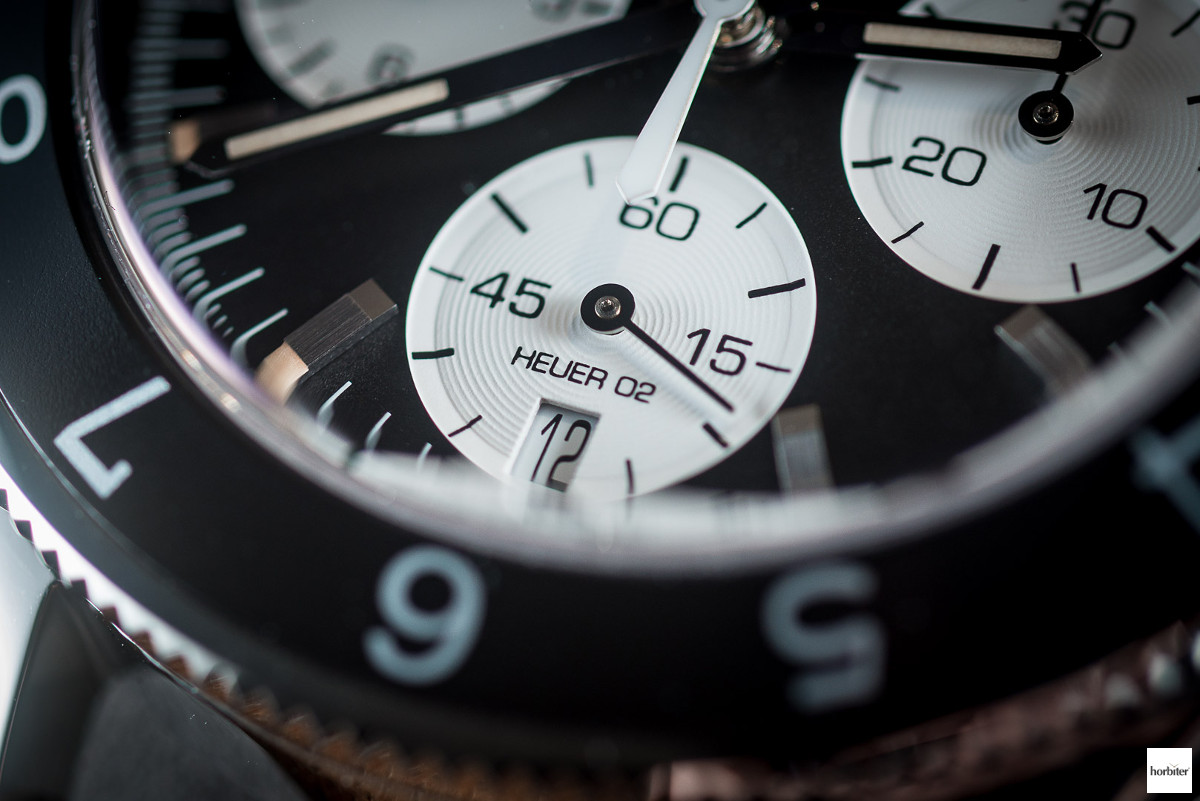 References such as the 2446 fetch prices of absolute importance and the Mark 3 , in particular, that clearly inspired the new TAG Heuer Autavia Heuer 02 , remarkably exceeds a 20,000 euro retail price. TAG Heuer translated this reference into a modern language, whilst retaining its style, such as the dial with three counters, the vintage SuperLuminova ® to mimic the aging process of tritium, and the bezel that still sports an aluminum ring with only the hours scale. This is quite a bold statement in an era, where ceramic has become ubiquitous (although the ring is well wider than the original one). 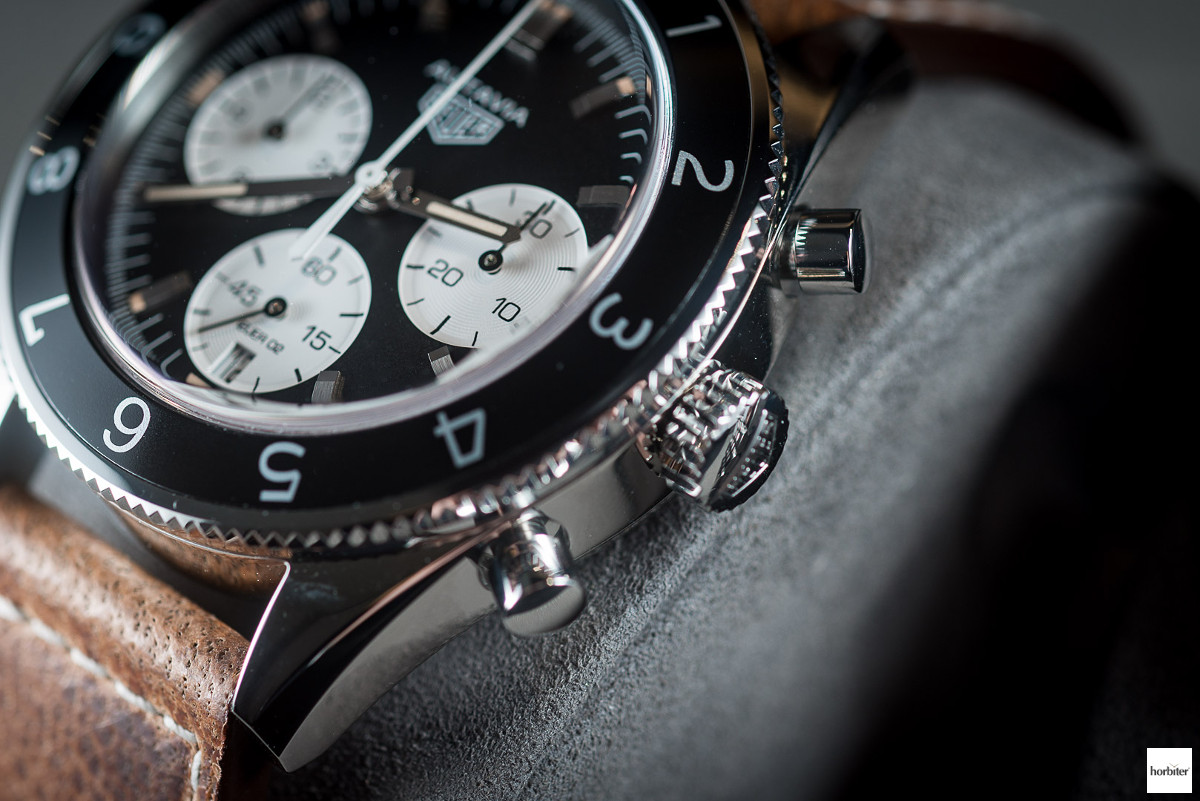 This is a choice that was probably necessary to avoid to excessively enlarge the dial, keeping in mind that the case has a diameter of 42mm , whereas on an original Autavia the case didn’t exceed the 39mm . Personally speaking, I would have opted for a slightly thinner one. I have the same general feeling about the geometry of the case also that features straight and curved lugs so as to fit the wrist and a full mirror polishing on the case, the lugs, and the bezel. Strangely enough, the TAG Heuer Autavia Heuer 02 is not equipped with a Rally strap but rather with an aged leather strap with a pin buckle and the Heuer logo on its end. The latter is also a tribute to history and perfectly explains the attribute of “ Heritage ” that the brand has decided to give to its historical models. 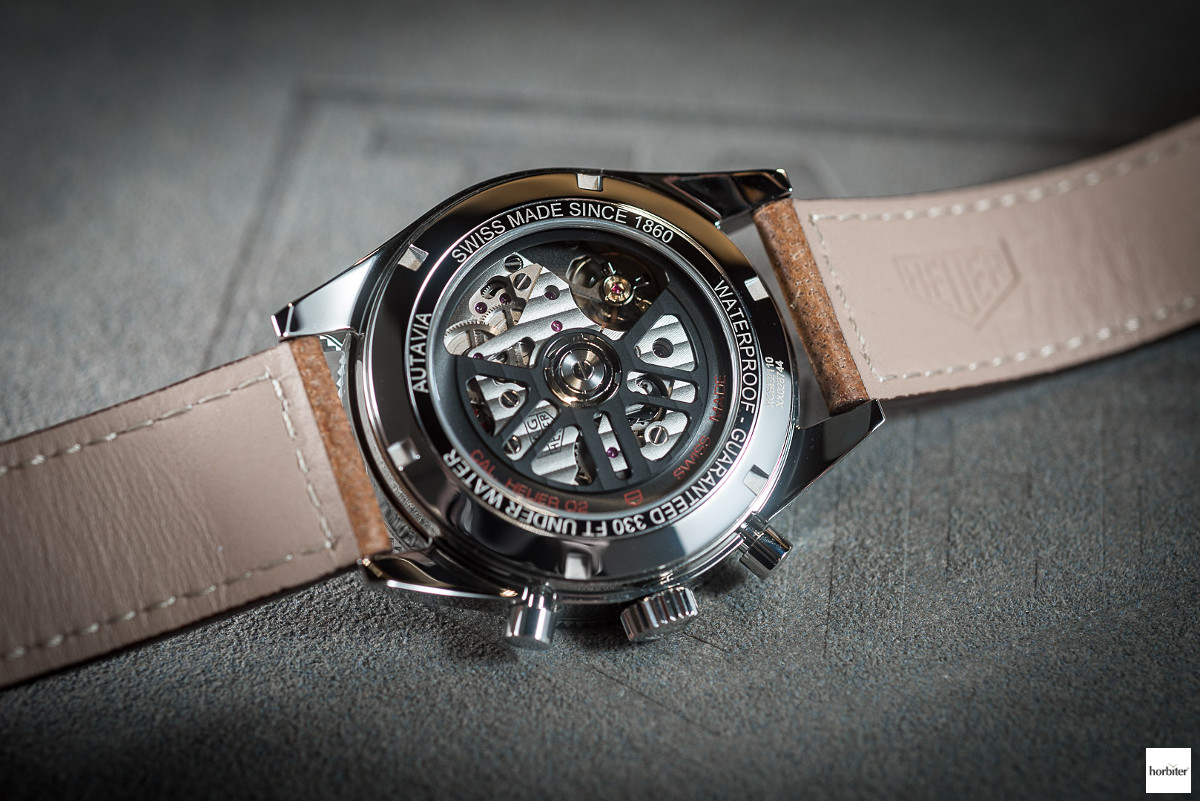 As if it were a reversible dress, TAG Heuer has equipped the TAG Heuer Autavia Heuer 02 with the in-house built Heuer 02 caliber ; this is the heir to the caliber that was launched a few years ago and was called the 1969 caliber . It then migrated to the CH80 caliber , which equipped a beautiful Carrera with a panda dial that was launched as a prototype and that only lasted long enough to make every fan’s eyes sparkle (mine included) and was then put back into the drawer of memories. Everything seems to be happening in a time of strong strategic and industrial changes within the company. 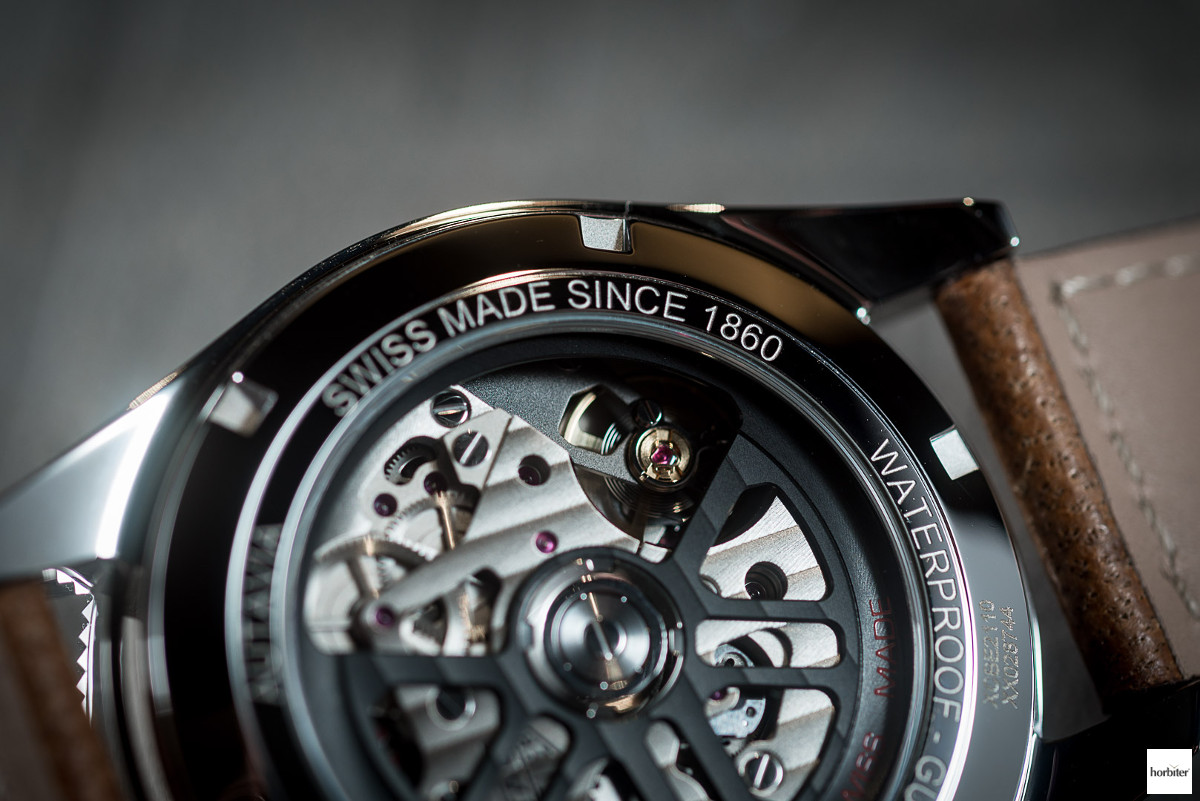 The Heuer 02 caliber is a caliber that was entirely developed by TAG Heuer , it is equipped with a column wheel (clearly visible and red in colour) mechanism and a vertical clutch. The caliber oscillates at a frequency of 4Hz and guarantees up to 80 hours of power reserve . As you can see from the full view case-back and from the oscillating mass, TAG Heuer did not customize it using a vintage style but it rather left the same design of the Heuer 01 caliber (an evolution of the 1887 caliber) within the new Carrera . The TAG Heuer Autavia Heuer 02 is therefore vintage in appearance but thoroughly modern up to the last tiny screw when it comes to the mechanism. 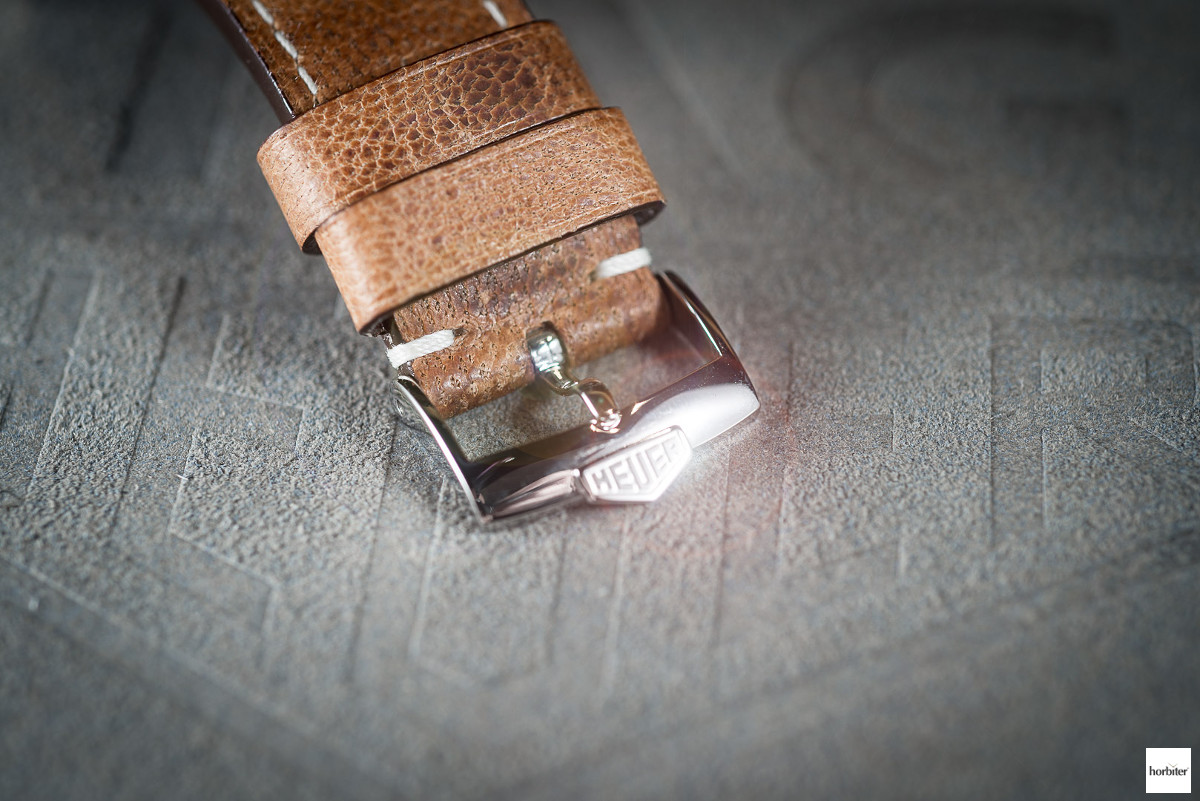 The new TAG Heuer Autavia Heuer 02 is available both in a version with a leather strap and one with a stainless steel bracelet featuring quite a unique metal mesh. it is neither a standard bracelet nor a Milano mash as it could look at first sight, it is rather a ” beads of rice mesh ” bracelet that was already present in the original Autavia ‘s catalogue. On this occasion, there is a folding buckle with an engraved Heuer logo on it. The first version mentioned retails at 4,600 euro, while the second version will definitely retail at a higher price that hasn’t been released on the Italian market yet; we can expect however a retail price in line with the retail price of the strap version. This timepiece is a perfect example of a mixture between a vintage re-edition, most of all for what its visible and a very modern engineering; I am talking about the Heuer 02 caliber that is purposedly non-vintage looking at all. TAG Heuer has launched in my opinion a new way to interpret the concept of re-edition, positioned at a very competitive retail price for such a proposal considering its general product value. 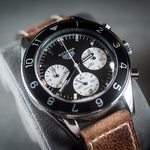 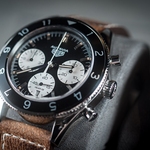 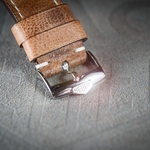 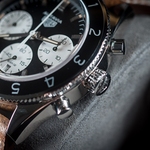 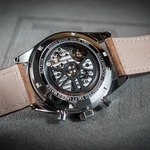 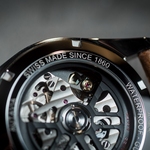 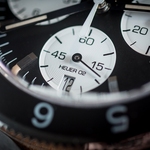 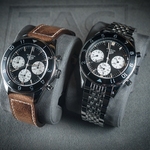